Montréal Mirabel Airport – How The World’s Largest Airport Was Abandoned 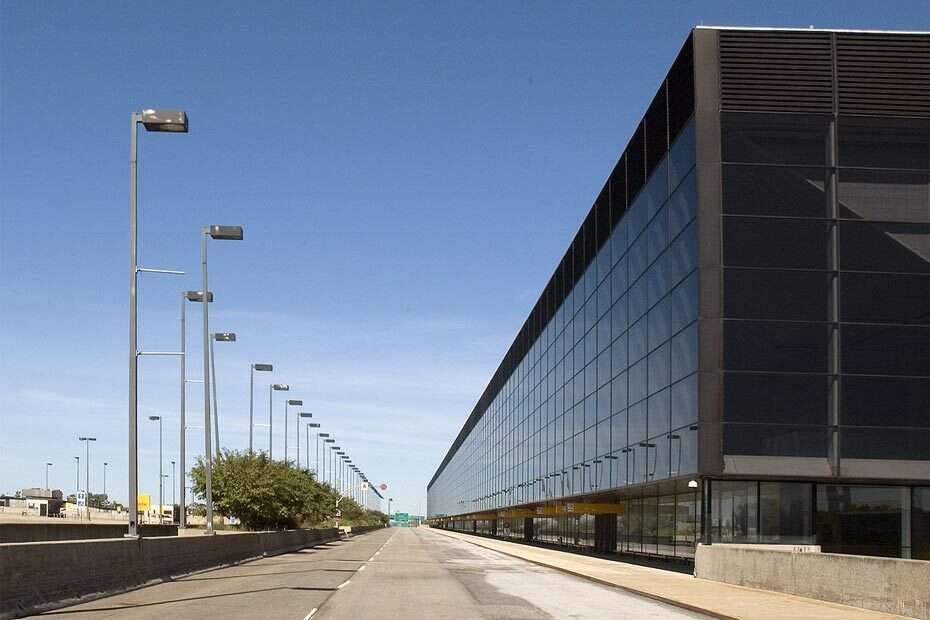 In 1970, Montréal was selected as the host of the 1976 Olympic Games, beating Moscow and Los Angeles to the honour. Having originally beaten Toronto as the Canadian Olympic Committee’s preferred host city, Canada rallied behind Montréal in an effort to create an unforgettable Olympic Games. Costs quickly spiralled out of control though, with a final overrun of 720%, making it the highest cost overrun for any Olympic Games in history. That excluded costs for road, rail and airport infrastructure projects which also ran to a cost of billions. Huge infrastructure projects were undertaken in a bid to make the games a success and showcase Canada’s place in the world. One such project was Montréal Mirabel Airport. An aerial view of the 1976 Montréal Olympic Stadium. It is still in use for a number of different sporting events to this day.

Montréal Mirabel Airport was opened on October 4th 1975 and was the largest airport ever envisaged until King Fahd International Airport in Saudi Arabia was opened in 1999. It was designed to replace the existing Dorval Airport which was said to be nearing capacity and all international flights were required to use what was described as Canada’s eastern gateway. Grand designs were drawn up and in the mid-seventies, it was seen as revolutionary in terms of airport planning. As was the case with the Olympic Games venues, no expense was spared on Mirabel Airport.

Much fanfare surrounded the launch however even before the airport opened to the public, it became obvious that problems existed with the new facility. They were overlooked in the interim as Quebec, and indeed all of Canada, was about to get the opportunity to show itself off to the entire world.

The Olympic Games in 1976 gave Montréal a huge boost, with visitors arriving from around the world and landing at Mirabel Airport. The problems that some expected upon opening did indeed surface during the Olympics, most notably with the distance to Downtown Montréal. Without the promised high speed rail line being built, it took well over an hour to get into the city and tourists visiting for the games were not impressed. It caused an infrastructural nightmare that left the country embarrassed despite what was an otherwise extremely well organised Olympic Games. The spiral car park ramps at Montréal Mirabel airport. Similar ramps were built in Dublin Airport, Ireland but were never used due to terrorist threats.

There didn’t appear to be a short-term viable solution to the problems with Mirabel Airport. There was also the issue of domestic flights remaining in the existing Dorval Airport, meaning connections required a bus journey between the two. Travellers arriving at Montréal to transfer to other parts of Canada would have to take a bus trip across the city, sometimes in heavy traffic and as a result, Mirabel and Montréal became unpopular for connecting traffic with Toronto, Ottawa and cities in the USA grasping the opportunity to grow their own traffic at Montréal’s expense. A look inside the abandoned Montréal Mirabel Airport. It was later used as the location for the Tom Hanks film The Terminal

With the introduction of longer range jets, intercontinental flights no longer needed to stop in Mirabel and the airport failed to live up to what was imagined for it. Montréal subsequently dropped behind Toronto and Vancouver in terms of passenger numbers and by 1997, Dorval Airport (now known as Montréal-Trudeau International Airport) was re-opened to international flights. All commercial traffic moved to Montréal-Trudeau following an expansion project beginning in February 2000 and Mirabel’s passenger terminal was all but abandoned. A look at the abandoned passenger terminal before demolition. Another view of the passenger terminal, this time from further away. Note the Chateau Aeroport-Mirabel hotel to the right which was closed in 2002.

Mirabel Airport declined rapidly from the mid-nineties onwards and the last flight was an Air Transat flight to London in 2004. After the last flight, the passenger terminal closed and was used for filming on the Tom Hanks film The Terminal. Having a ready-built but empty airport terminal meant it attracted a lot of interest from a variety of other production companies and Mirabel has doubled as a number of airports in various TV shows and movies. The airport continues to be used for cargo and other aviation activities.


There were plans to turn the airport into a theme park however these have fallen through and the passenger terminal was eventually demolished in 2014.