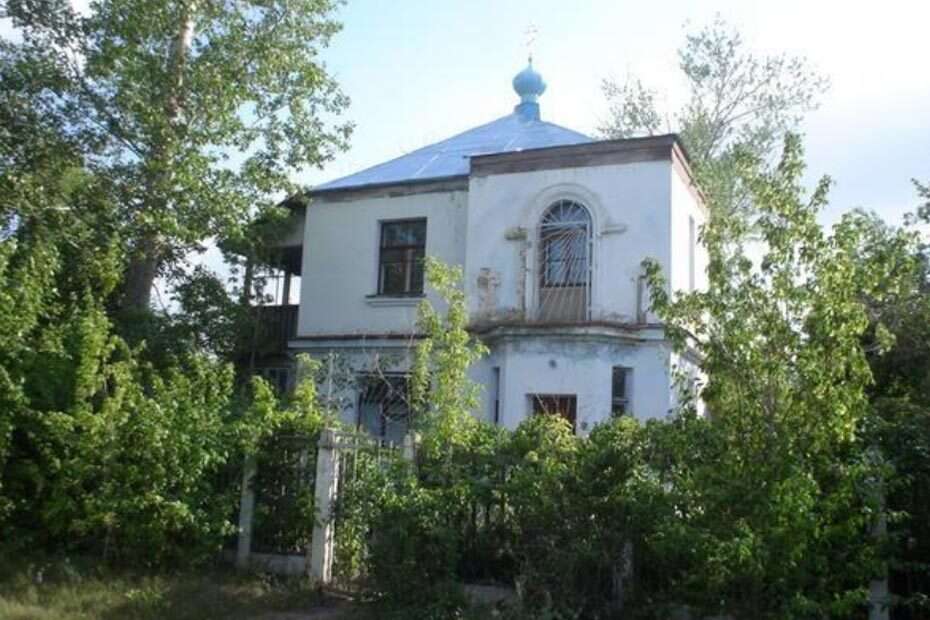 Lavrentiy Beria was the head of the KGB following World War II and was Stalin’s most trusted officer. His dacha, a summer house or mansion popular with well-off Russians, was located just outside Moscow. The opulent furnishings and grand scale were in stark contrast to modest homes of most Russians at the time. The dacha was extremely opulent.

Lavrentiy Pavlovich Beria was born on March 29th 1899 in Merkheuli, a village in what is today the breakaway republic of Abkhazia although officially part of Georgia. At the time of his birth, it was part of the Russian Empire. His father was a landowner and his mother was deeply religious.

He attended a technical school in nearby Sukhumi and then progressed to Baku Polytechnicum. It was here that he later claimed to have joined the Bolsheviks in March 1917 but that has been disputed. He did in fact work for the anti-Bolshevik Mussavatists in Baku and was arrested when the Red Army captured the city in April 1920. While in prison, he met Nina Gegechkori and developed a relationship. They later eloped. Beria began working in state security with the Azerbaijan Democratic Republic. In 1921, he joined the Cheka, the original Bolshevik secret police. He worked his way up the ranks quickly. By 1922, he was deputy head of the Georgian branch of Cheka’s successor, the OGPU. In 1924, he led the repression of a Georgian nationalist uprising, after which up to 10,000 people were executed. He was subsequently promoted to head of the secret-political division of the Transcaucasian OGPU.

When Stalin’s purge of the Communist Party and government began in 1934 after the assassination of Leningrad party boss Sergei Kirov, Beria ran the purges in Transcaucasia. He used the opportunity to settle many old scores in the region. 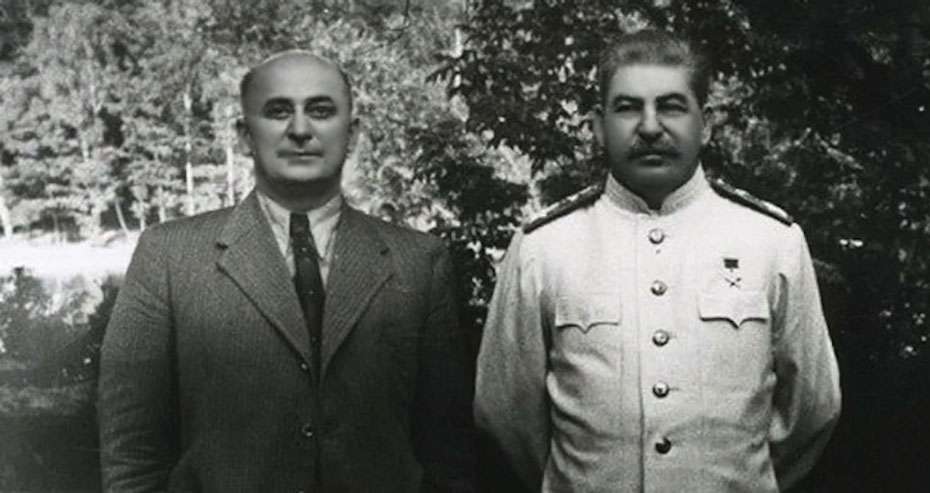 In 1938, Beria was appointed head of the People’s Commissariat for Internal Affairs (NKVD), the ministry which oversaw the state security and police forces. He took over from Nikolai Yezhov who had overseen the Great Purge, the imprisonment or execution of millions of people throughout the Soviet Union as alleged enemies of the people. As deputy head of the organisation, Beria had been heavily involved in the Great Purge although the excesses which brought about its end were blamed solely on Yezhov. As World War II approached in 1940, the arrests and executions accelerated again.

During the war, he ordered the deaths of 22,000 Polish prisoners of war in what became known as the Katyn massacre. He mobilised millions of prisoners in the Gulag camps into wartime production. As the Germans were defeated and driven from the Soviet Union, Beria was tasked with dealing with the various ethnic minorities accused of anti-sovietism or collaboration with the invaders. Balkars, Karachays, Chechens, Ingush, Crimean Tatars, Kalmyks, Pontic Greeks, and Volga Germans were deported to Soviet Central Asia. The song 1944 by Jamala which won the 2016 Eurovision Song Contest was about the forced removal of the Crimean Tatars from Ukraine.

Following the war, the struggle for succession dominated Kremlin politics. With Stalin nearing 70, there was much talk about who would eventually replace him. Andrei Zhadnov was favourite but Beria formed an alliance with Georgy Malenkov. Zhadnov died suddenly in August 1948 and many of those loyal to him were purged in what became known as the Lenningrad Affair. Stalin’s daugther Svetlana on Beria’s knee. Stalin is in the background.

On 2 March 1953, Beria and Malenkov were called to Stalin’s dacha in Kuntsevo. There, they found him unconscious. Beria argued against calling a doctor due to the standard Stalinist policy of deferring all decision-making, no matter how necessary or obvious, without official orders from higher authority. There was a fear among the Politburo that Stalin would recover and take reprisals on anyone who had dared to act without his orders. Following Stalin’s death, Beria was the first to move forward to kiss his lifeless form. It was assumed that he would try to take power. There has been some suggestion that Stalin was poisoned by Beria’s associates.

Beria became First Deputy Premier underneath his close ally Malenkov as Premier. Immediately, Beria made sweeping changes where he could. He abandoned large scale construction projects and released over a million non-political prisoners from the Gulags. He brought an end to the traditional policy of Russification, encouraging local officials to assert their own identities. This alarmed others in the Politburo, most notably Nikita Khrushchev. Beria appeared on the cover of Time Magazine in 1953.

Following an uprising in East Germany, many of the Soviet leaders believed he was considering trading the reunification of Germany and the end of the Cold War for massive aid from the United States. He had also already given Estonia, Latvia and Lithuania the prospect of national autonomy and this worried the other Soviet leaders. Khrushchev persuaded the other leaders to support a Party coup against Beria and convinced Malenkov to abandon him.


On 26 June 1953, Beria was arrested and held in an undisclosed location near Moscow. His arrest came during a meeting of the Presidium where Khrushchev brought a motion for instant dismissal. When he looked to Malenkov for support, none came. Many of his subordinates, proteges and associates were also arrested. He was tried on 23 December 1953 and found guilty of treason, terrorism and counter-revolutionary activity during the Russian Civil War, linking back to his time in prison while in Baku. He was sentenced to death and was executed after the trial ended. The dacha through the trees. Security would have been extremely tight when the building was occupied by Beria. The opulence can be seen in features like the marble finishings. A staircase inside the building. This room has been stripped of its wall and ceiling coverings. The dacha was incredibly extravagant as can be seen by this ceiling decoration. Note the extremely detailed finishings in this room. The building has not been used for many years. Beria’s family fled after his death. A doorway to the back of the property.