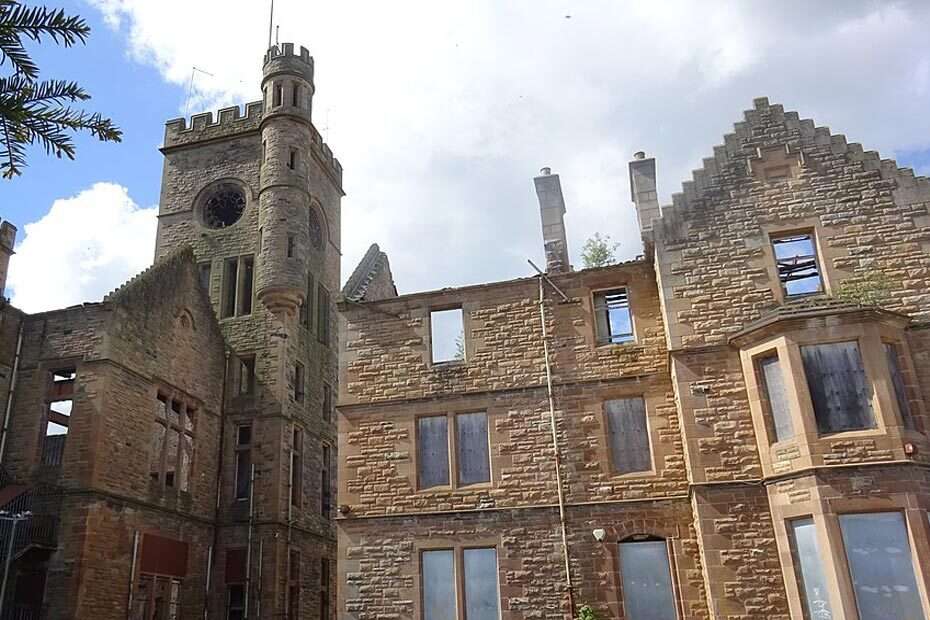 Guest Post about Hartwood Hospital in Lanarkshire, Scotland by SirHiss

I wasn’t aware that the exhilarating and mysterious pursuit that is ‘urbex’ even existed until the turn of this year. My closest friend suggested that I accompany her to an abandoned psychiatric asylum called Hartwood Hospital in the Lanarkshire area of Scotland to explore and take photographs. I duly accepted her offer and now I am smitten by the whole urbex scene.

Hartwood Hospital is an abandoned 19th century psychiatric hospital in the village of Hartwood, North Lanarkshire in Scotland. Originally known as Lanark District Asylum, Hartwood Hospital was opened to patients in 1895 and was completely self sustaining; it had its own farm, gardens, cemetery, railway line, staff accommodation, power plant and reservoir.

Dr Archibald Campbell Clark, the hospital’s original medical superintendent, aimed to “cure where possible and give the best possible care when a cure cannot be found.” So dedicated to his work, his body was interred in the hospital cemetery in 1901. More controversial therapies carried out included seclusion, electroconvulsive therapy, and it was the first place in Scotland to perform the lobotomy; a surgical procedure which left patients in a lifeless, vegetative state. By the 1950s, Hartwood was the largest asylum in Europe and one of the most overcrowded in the UK, with over 2,500 patients. Hartwood Hospital began closure in 1995 as a result of the Community Care Act 1990, which resulted in the closure of many Victorian institutions as a more community-focused treatment for mental health care was introduced.

On my first visit to Hartwood I was struck by the imposing nature of the clock towers rising above the remainder of the building. The approach to Hartwood Hospital.

Nearing the building there are reminders dotted about of the nature of the business of this once grand structure. An item of clothing on the ground on the approach to Hartwood Hospital. Looking along a corridor. One of the clock towers as seen from inside. Quite a creepy shot but the best photos had to be from the morgue. The door has come off in the morgue. This was used to store bodies in the morgue. Another view of the storage facilities in the morgue. A wheelchair left abandoned outside the hospital.

As much as these items were fascinating we knew the most prized photographs would have to come from inside the building…..but we would first have to get past the 10 foot high metal fence. This would be a challenge but one we were not to be outdone by! So after a substantial period of time negotiating the fence, getting cut, soaked and covered in mud we were in the grounds and ready to explore! I think I’ll let the photos do the talking from here.

Disclaimer: Although it is a great place to explore and photograph, Hartwood Hospital is in quite a state of dereliction. There was a fire, set deliberately, a few years ago and this has added to the danger of walking about an already crumbling building. A protective mask is also advised.